Enthum House gives a home to young asylum-seekers who are looking for refuge in the United Kingdom. 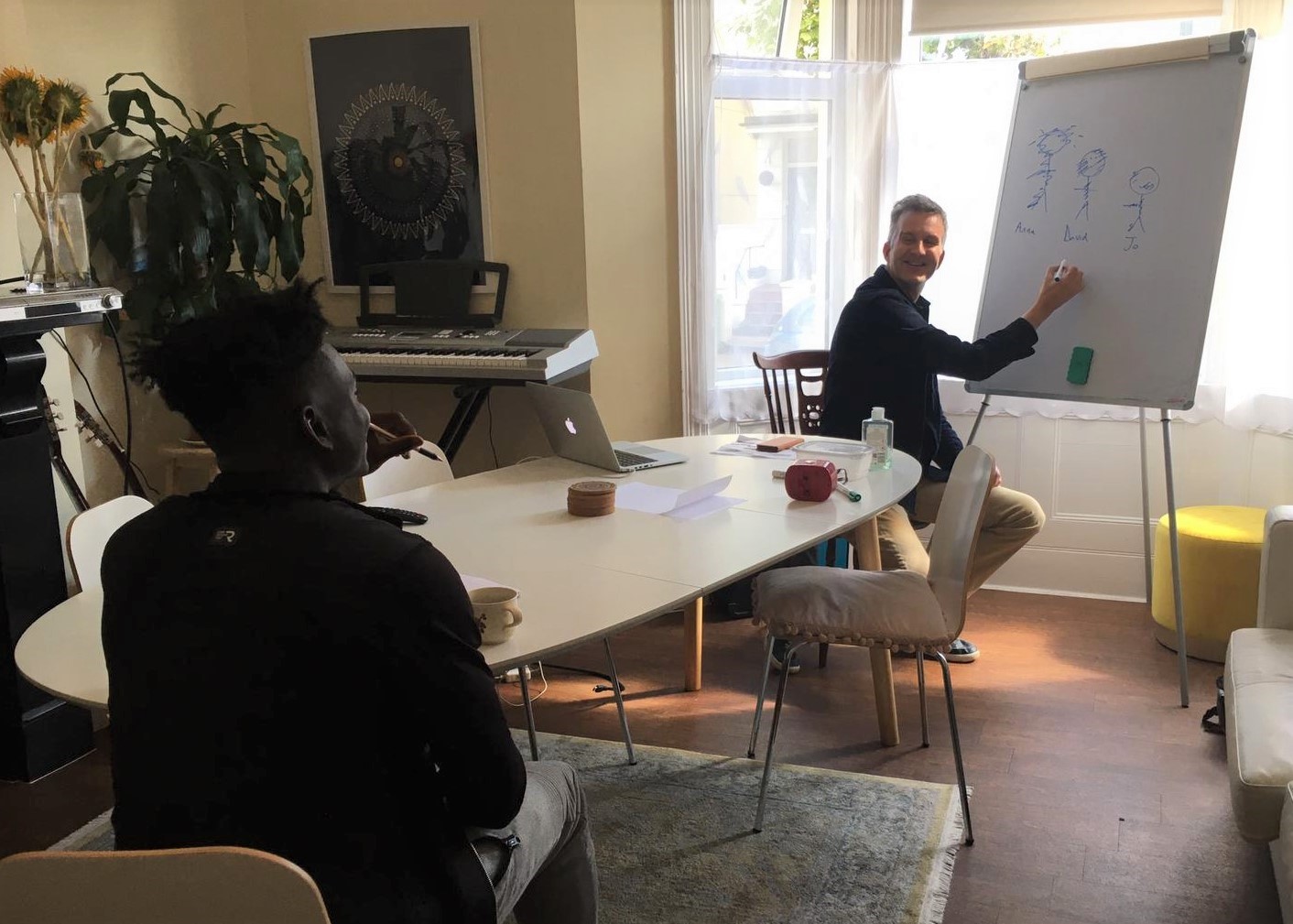 During lockdown, as schools and colleges closed, EH needed to adapt their educational programmes quickly, so it mobilised support that allowed them to put together an emergency intensive English programme with English as Second or Other Language Tutor (ESOL), David Perry. This ran from May to August with group and individual classes almost every week day.

The programme has benefitted the young people enormously. Learning English in lockdown brought them together as a community, enabling them to talk to each other, the team and the outside world. It has kept them occupied and stimulated through challenging times, and helped them prepare for starting college in September.

“As ever, I’m struck by the resilience and eagerness of the young people in their approach to learning,” says David. “Many of them are reaching that stage where they realise just how crazy the English language is. ‘Why on earth do we say “I don’t like pizza” instead of “I no like pizza” like the rest of the world?’ But this is a sign of progress, and they always bring a sense of humour and a can–do attitude.”

According to Enthum’s co-CEO, Jo McDonald: “Every penny was used for our Emergency English language programme, and the support that we received meant that everyone managed to start their English as a Second or Other Language (ESOL) courses at colleges locally at a great advantage in September. The intensive support they received gave them a great foundation to build on and also supported their community together in the house and bonding through their common language. We honestly can’t thank your supporters enough!!”

Here is what the young people said about learning English with David:

‘I love the class, David makes it easy to learn’

‘David is the best teacher because he explains everything’

‘Very good teacher because when I ask him a question he makes it easy to understand. He always gives me an answer’

‘In college sometimes you don’t have any time to ask a question because there are so many people in the class, you don’t get any time.’

‘I like my class with David because he is a good teacher. I understand the lesson and it’s good for me’

‘I like David’s classes because he explains everything. If someone doesn’t understand he really tries hard to help you understand. In college there are many people and if you don’t understand the teacher doesn’t explain very well sometimes. My English improved so much with David, I learned so much about nouns, verbs and adjectives. I have been in the UK only seven months.’

‘He is also good fun! If you feel sad, David makes a joke or says something funny.’

The last comment from the whole group was a resounding, unanimous,