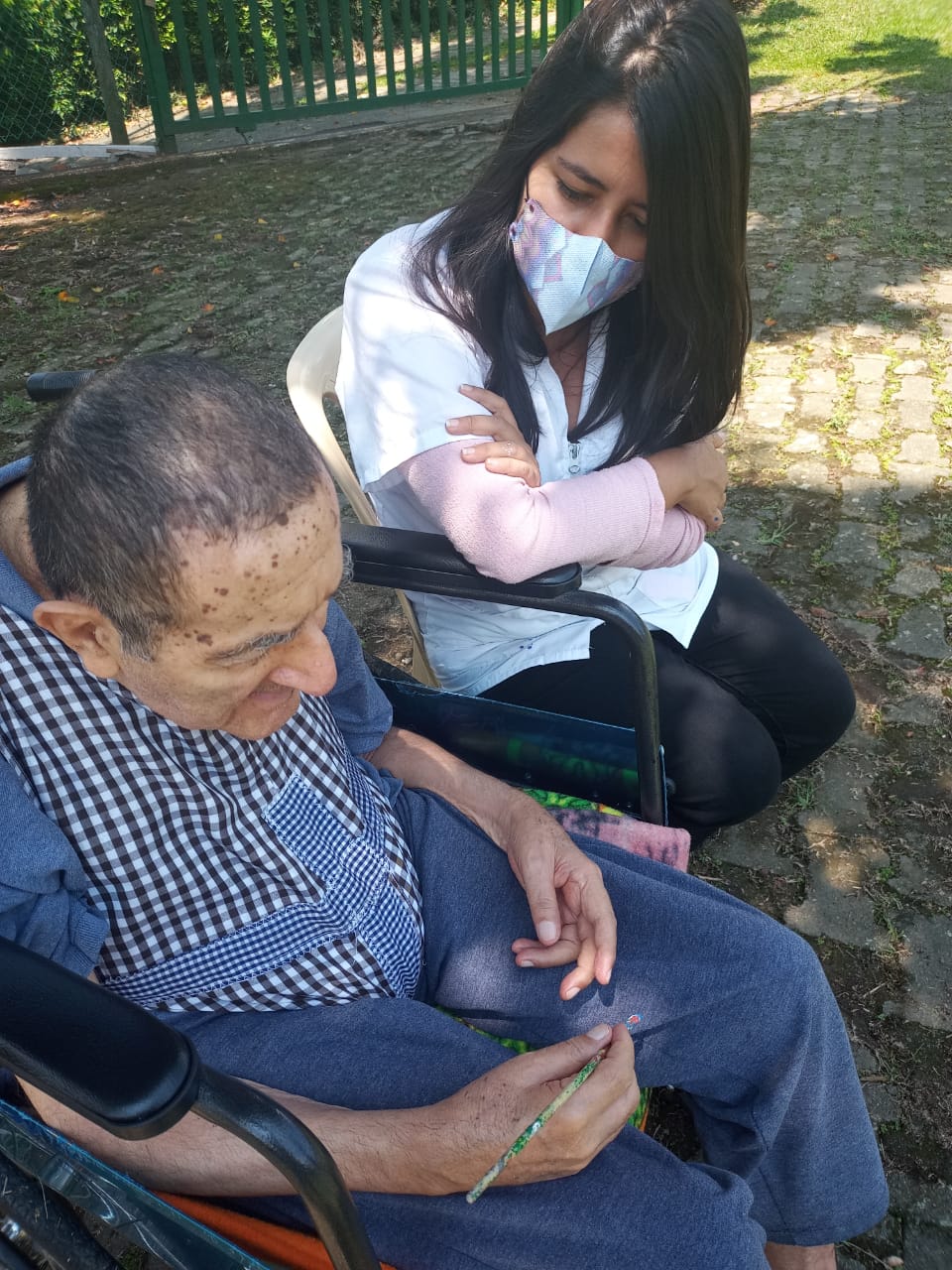 On 27th February, the second in our SD Network Passport webinar series – where we are meeting our changemakers on a virtual journey around the world – took us to Mis Corazones Alegres, a home for older adults that has been run for almost 15 years in Medellin, Colombia, and that is characterised by a warm atmosphere of joyful loving care for its residents.

We were welcomed by our host, Isabel Cristina Rengifo, who together with her mother Matilde Orrego, set up Mis Corazones thirteen years ago to care for older adults suffering from diverse pathologies. Isabel told us that her motivation to do this work came from her mother – a selfless person – who was a nurse, midwife and psychologist until she recently retired.

Isabel Cristina outlined the panorama of care for the elderly in Colombia, explaining that Colombia is undergoing a transition to an aging population that faces greater challenges in terms of physical and mental health, and an increasing rate of dementia. In Medellin, where the project was born and was housed until early this year, there are more than 600 institutions that care for the elderly, of which only 120 are legally registered and none of which receive government support. 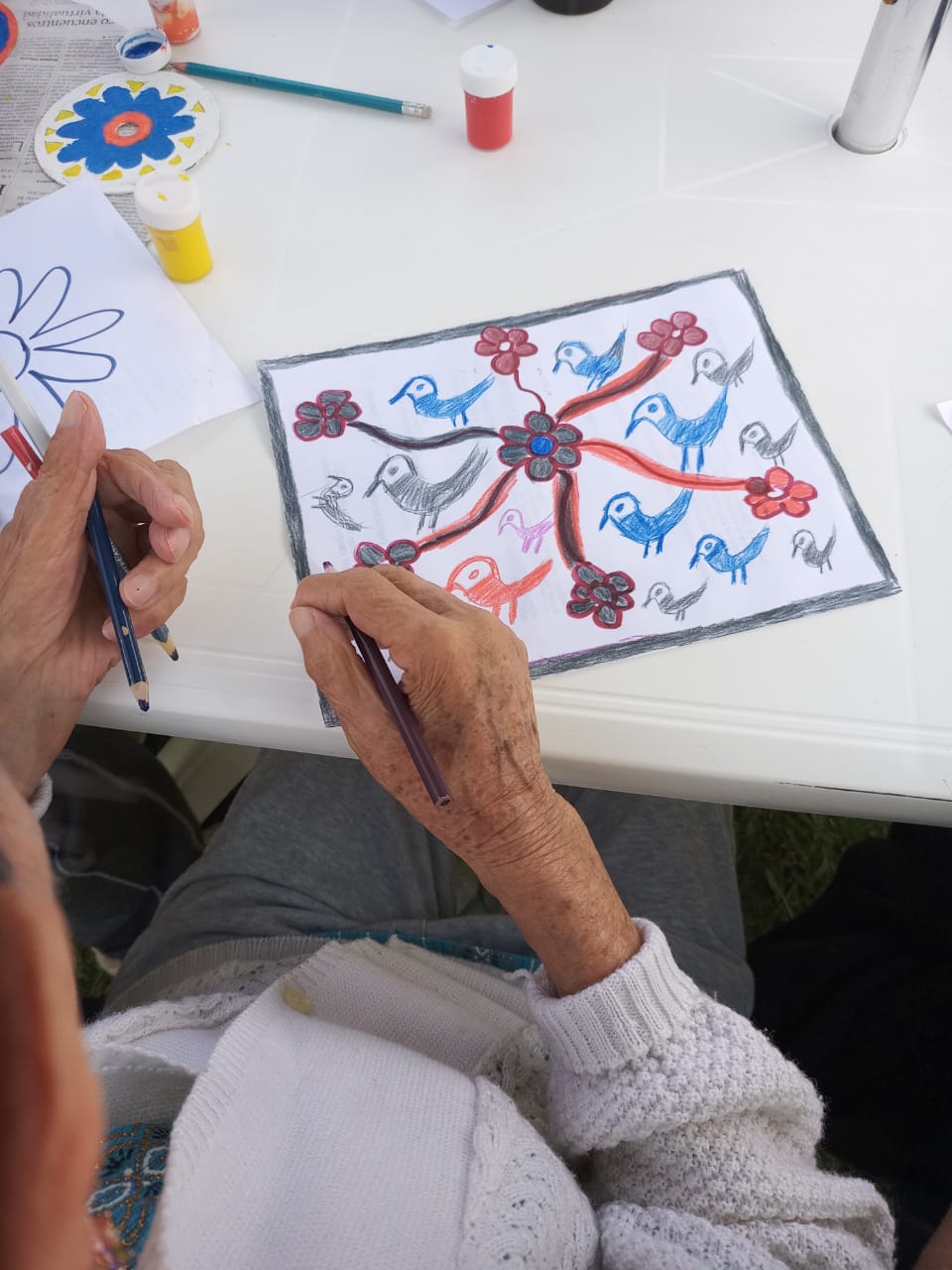 MCA cares for people with Alzheimer (40%), depression, diabetes, chronic obstructive pulmonary disease, cognitive deficiency and schizophrenia. The cost of care is partially paid by relatives of some of the residents, but the foundation makes up the bulk of the revenue needed, mainly by fundraising and the donations it receives.

Nutrition, psychology and gerontology services are provided by different professionals, who are present for 2 or 3 days a week, depending on requirements.

Mis Corazones Alegres (MCA) has recently moved house, and we were treated to a virtual guided tour of the new premises which are in the countryside around an hour’s drive from Medellin, in the foothills of the Andes. It looks beautiful – there is even a swimming pool! However, all is not as idyllic as it looks, and adjusting to how things work outside the city has been a challenge.

Other challenges have been staff stability and economic uncertainty.

Isabel told us that the project has had to move house 8 times in the past 13 years for various reasons. Each move weakened the Foundation and made it poorer economically, and each time it had to struggle to get back on an even keel, including having to carry out renovations to meet strict government norms over and over again. Luckily it has received donations and support from Susila Dharma Nationals and other sources for this kind of work. 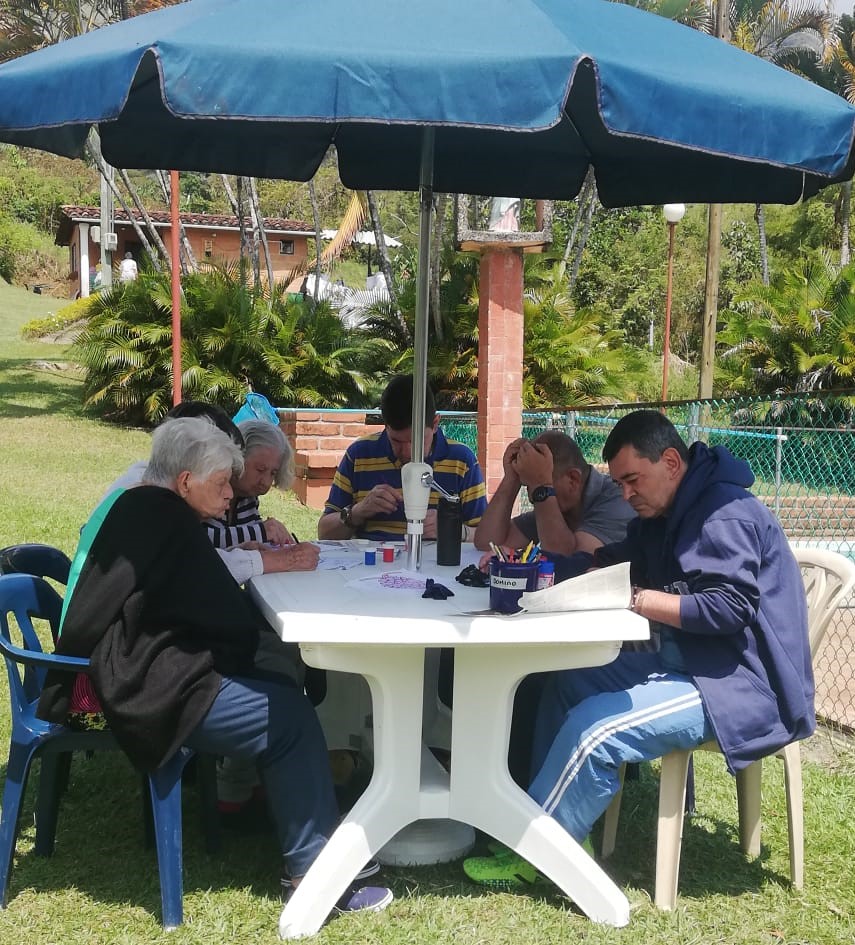 The visit ended with questions and a discussion, during which Illène Pevec pointed out that research shows that people’s health and wellbeing are enhanced by being in natural spaces, so that it was very positive that the older adults were housed in such a beautiful space.

Discussion topics included whether the network could help the foundation purchase its own house, for which a Colombian foundation has pledged part of the funds.  MCA has first refusal to buy the current property, which is rural but well-connected and a good option as a permanent base for the project. For the current house they are living in, they would have to pay a deposit of 30% of the buying price, or 70,000 USD and then they would be able to pay the rest in mortgage contributions instead of rent.

You can see the recording of the whole event (mainly in Spanish) here.