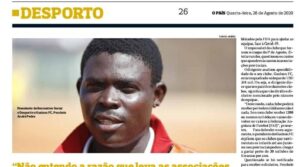 , one of SDIA’s newest member projects, was featured in the SDIA eNews in September 2020. On 13th September, the Angolan newspaper O PAIS, featured football star Zito Luvumba, aged 18, who was discovered by Guelson’s founder André Pedro Pembele (pictured left) at the age of eight.

Here is the story as it appeared in the newspaper, translated/adapted by Solen Lees.

“Zito Luvumbo was a ball boy when I discovered him”

At the age of eight, left-winger Zito Luvumbo started training in the Guelson Football Club. However, in 2016, the most successful football club in Angola, ‘1º de Agosto’, assumed responsibility for the athlete’s training. In mid-September, he was transferred to Italy’s Cagliari team.

The president of RSD Guelson Football Club, Pembele André Pedro, revealed to O PAIS, that he discovered the new Cagliari player, Zito Luvumbo, in 2010 – in a football tournament hall in the neighbourhood of Palanca, Kilamba Kiaxi district, Luanda. However, Zito was only a ball boy at the time.

In 2010, Pembele André Pedro organised tournaments in the neighbourhood, specifically on Kisema Street, home to the field that hosted the games on weekends. There were always some boys who were responsible for collecting the balls that escaped from the four lines.

“Actually, I didn’t know the boys who volunteered for this,” he explained, adding that one of the kids was Zito Luvumbo. 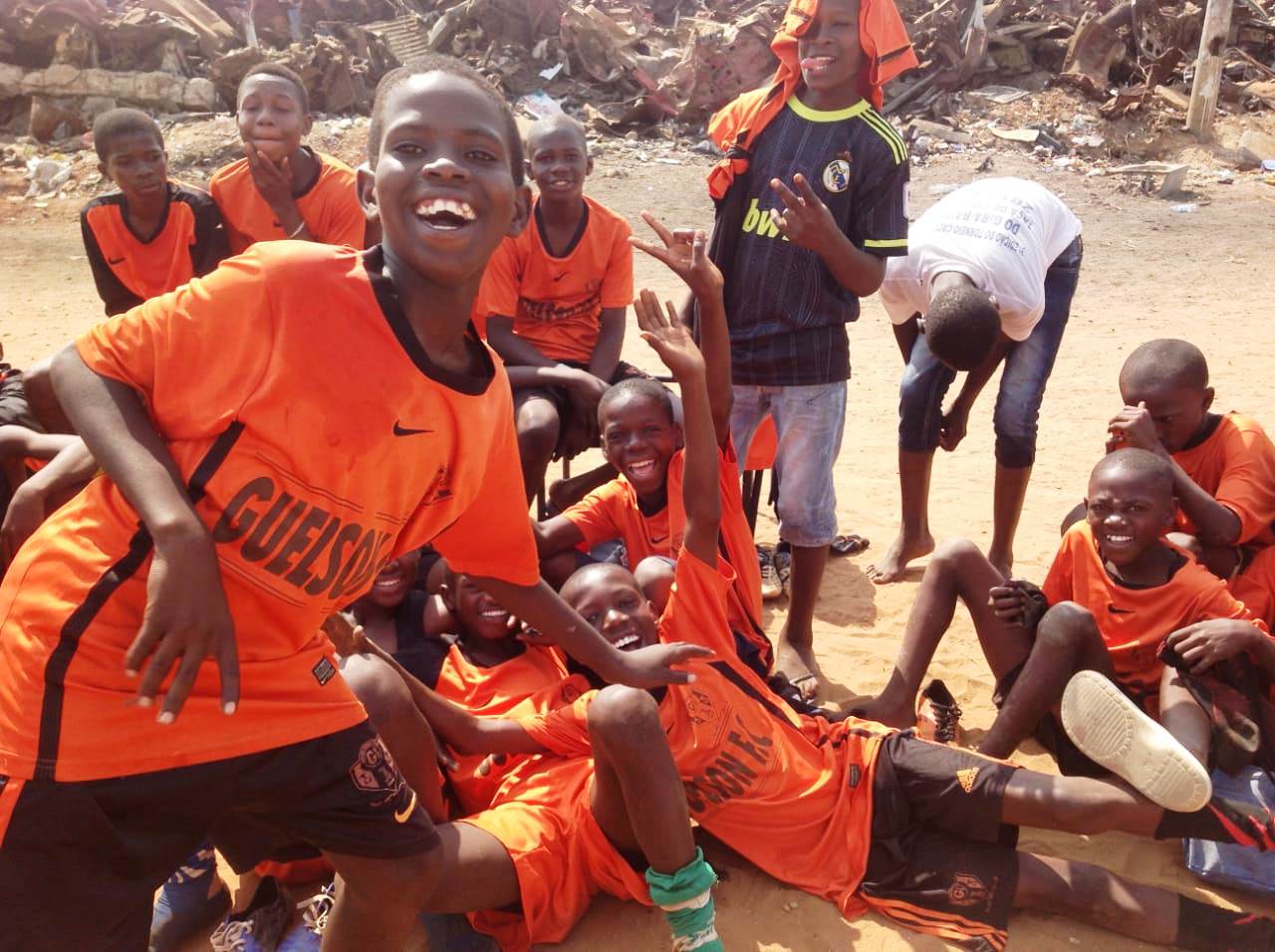 Pembele André Pedro said that between games, the ball boys stayed to play with the ball. It was in one of these moments that the skills of Zito Luvumbo, at the time eight years old, attracted his attention.

“That’s when I invited the boy to be part of my football school. The next day, that is, on a Monday, the boy appeared at the Kilamba Kiaxi municipal playing field where the club works and organizes its official games. The boy arrived to train, all shy, and without boots, because he didn’t have any,” he recalled.

After a few days, as mentor of the school, he went to accompany the team training session and asked the trainer who worked with Zito Luvumbo about the boy’s qualities. “The coach didn’t value Zito Luvumbo, saying he was the weakest member of the team. Even so, I was still convinced he was good. Then I asked the captain to put him on the pitch, and less than five minutes confirmed that here was a rough diamond, which needed polishing,” he states.

After this ‘show’, the president of Guelson FC forced the coach to always put the kid Zito on the field, because there was no-one as good as him on the left wing: “Zito Luvumbo was never a substitute at the club before he left for 1º de Agosto,” he said.

In 2014, Zito Luvumbo competed in the first game of the Provincial under-15s Championship, a test organized by Luanda’s Provincial Football Association (APF), recognized by FIFA.

“In the provincial championship, my club, with Zito in the starting team, lost (2- 5) to Petro de Luanda, in Campo do Catetão,” he said.

After the ace’s good performance in the provincial, the former coach for initiates of the ‘1º de Agosto’ team, Pedro Gonçalves, current ‘Pastor’ of the Palancas Negras, acknowledged the qualities of the player and showed an interest in a contract to take on the fabulous left footer.

“This boy has a lot of qualities and I’m interested in taking him to the training school of the Angolan Armed Forces central team. But first I will try to talk to the management,” were the words of the former coach for initiates of 1º de Agosto. This is why, recalls the Guelson FC mentor, Pedro Gonçalves talked to the former coordinator of the Academy of 1º de Agosto, Bento Valente.

“Then they called me. We met and presented the proposal of the protocol that we were going to sign. In fact, from the start I thought that it was right, because when talent starts to emerge, it is important to let it take wing.”

In November 2015, Guelson FC’s management accepted the agreement with the president of the 1º de Agosto, Carlos Hendrick, but Zito Luvumbo only moved to the Academy in February 2016. “1º de Agosto assumed the responsibility of the athlete in 2016 until his transfer to Cagliari of Italy. Negotiations with the Italian club were finalised in the middle of last week and the athlete travelled to Italy on Friday,” concludes Pembele.

According to the Italian club’s website, the deal was for 800 thousand euros, but does not mention the contractual clauses. So, the first training club should receive five percent of the value transfer. Born in Luanda, Zito Luvumbo started his playing career at the 1º de Agosto in 2018, at the Girabola National Championship.

Zito Luvumbo played for the National under-17s team, having helped Palanquinhas to reach the quarter final of the test held in Brazil.